The investigation into the high-profile case on suspicion of two MPs of high treason and looting of national values ​​has been completed, the materials of the production are open to the defense, according to the statement of Prosecutor General of Ukraine Iryna Venediktova, published on the website of the Prosecutor General's Office on Friday.

At the same time, the names of the MPs were not said, but from the essence and details of the suspicion it follows that it is about MPs of the Opposition Platform - For Life faction Viktor Medvedchuk, who is currently under house arrest, and Taras Kozak, who is wanted.

"Today the materials will be released to the MP, who is under house arrest. The materials concerning another suspected MP have been allocated to a separate proceeding in connection with his search, although the main investigative actions against him have also been completed [...] After reviewing them with all the evidence accumulated by the prosecutors and investigators, the case will go to court," Venediktova said.

According to her, the Prosecutor General's Office is ready for accusations of persecuting the opposition, information attacks and obstruction of work, but she said that the evidence has been collected "and we are ready to go to court with them."

"Two MPs of Ukraine are suspected of involvement in grave crimes. The people's representatives who swore allegiance to Ukraine and pledged to defend its sovereignty and independence are reasonably suspected of treason and assisting the aggressor in one of the most difficult times of our history," the Prosecutor General said.

Venediktova also reported that the investigation had evidence that the suspects had handed over to the occupation authorities the material and documentary base for the development of the Hlyboka field, which is located in the Prykerchensky shelf of the Black Sea in the exclusive (maritime) economic zone of Ukraine. "Without the help of these MPs, it would take years and huge resources of the Russian Federation to develop a site with prospective reserves of more than UAH 38 billion," she said.

In addition, according to the investigation, the MPs of Ukraine, acting in accordance with the instructions of the representatives of the Russian Federation authorities, collected information about the locations of the military formations of Ukraine and their combat training, and also assisted in involving citizens of Ukraine to the implementation of measures to destabilize political situation in the state, the Prosecutor General said.

"In fact, they provided assistance to a foreign country in carrying out subversive activities against Ukraine. This is nothing more than high treason," Venetiktova said.

According to her, it concerns the transfer of confidential information on one of the military units of the Ukrainian army, as well as active participation in the development of the so-called Luch Project, aimed at the systemic promotion and lobbying of political, geo-economic and other interests of the Russian Federation, beneficial changes in the domestic and foreign policy of Ukraine.

"We will have to take a serious procedural battle. But [...] we are confident in our position and will demonstrate the work of prosecutors and investigators in the European competitive process. I would also like to say that we do not stop there. We provide procedural guidance in a number of other criminal proceedings for crimes to the detriment of sovereignty, territorial integrity, defense and economic security of Ukraine, in which both former and current MPs of Ukraine can be involved," Venediktova said.

As reported, on May 11, Medvedchuk and Kozak were notified of suspicion of treason and attempted plunder of national resources in the Russian-occupied Crimea. According to Prosecutor General Iryna Venediktova, the suspicion concerns three episodes of illegal activity and cooperation with the aggressor country. According to the investigation, in 2015, Medvedchuk entered into a preliminary conspiracy with an official of the Russian government to extract minerals on the shelf of the Black Sea (the sea economic zone of Ukraine, temporarily occupied by the Russian Federation). Another episode of criminal proceedings concerns the transfer of information containing state secrets to the special services of the Russian Federation. The third episode of illegal activity is subversive activities against Ukraine, in particular, in context of the development of the anti-Ukrainian project "Luch".

On May 12, Medvedchuk arrived at the Office of the Prosecutor General, got familiar with a copy of the suspicion presented to him and said that he did not intend to hide from the investigation, and the suspicions were politically motivated. The court chose a measure of restraint for him in form of house arrest, the court of appeal upheld it.

Kozak, according to law enforcement agencies, is in the Russian Federation. At the same time, according to Medvedchuk, Kozak is on the territory of Belarus, where he undergoes treatment. Kozak has been put on the wanted list, there is a court decision on his arrest for choosing a measure of restraint. 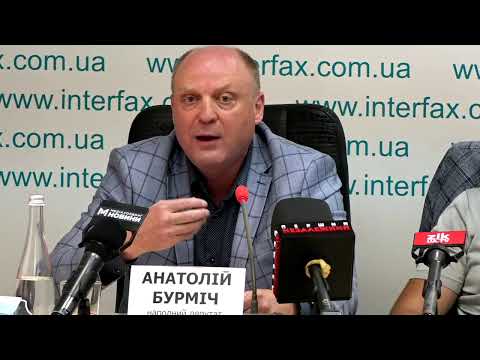