The wife of the Belarusian political strategist Vitaly Shkliarov is not allowed to see him in the pre-trial detention center, despite the diplomatic passport of a State Department employee

The wife of the Belarusian political prisoner Vitaly Shkliarov, State Department employee Heather Shkliarov, despite her numerous requests, has not yet received permission from the country's authorities to visit her husband in the pre-trial detention center. She stated this, commenting on the situation regarding her husband, reports BuzzFeed News. 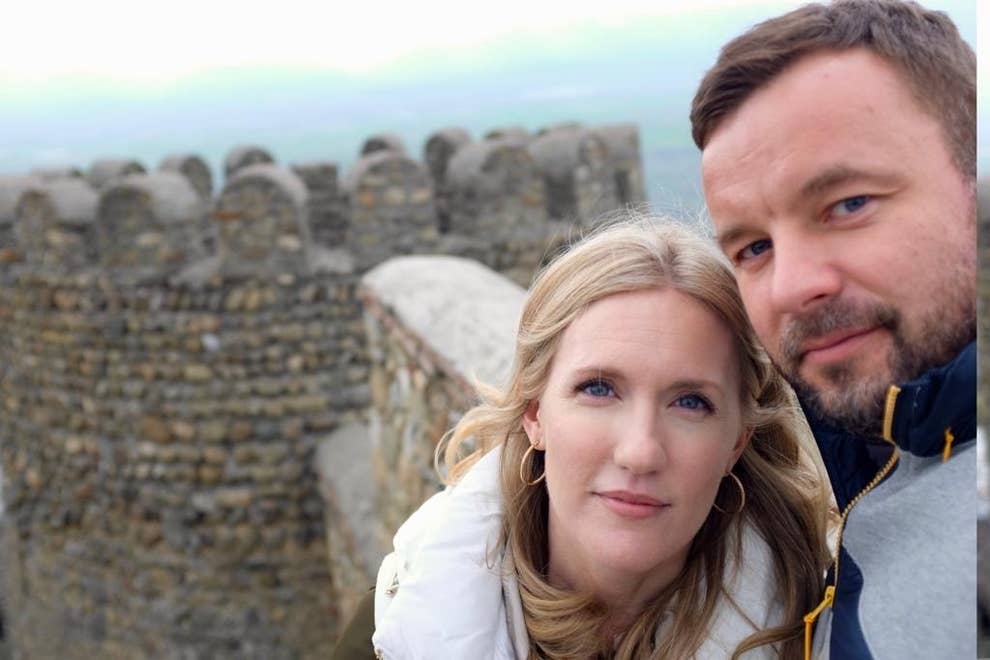 She emphasized, she is aware that Vitaly Shkliarov is subjected to ill-treatment and is deprived of medical care in the pre-trial detention center in Minsk, even when he feels symptoms similar to COVID-19. Heather Shkliarov stressed that she was seriously concerned about the physical and psychological health of her husband.

“Vitaly is subjected to strong psychological pressure and is deprived of basic physical freedoms.” What he said to his lawyer is an attempt to force him to confess to untruths,” she said, adding that she only got news about his condition from the notes that his lawyer was passing to her.

Shklyarova did not rule out that such an attitude towards her husband on the part of the management of the remand prison may indicate an attempt to weaken his will in order to achieve a false confession of guilt.

On September 8, Vitaly felt very bad and for several days in a row reported a critical increase in body temperature, as well as breathing problems, chills and muscle pains. The prison authorities refused to provide him with a COVID-19 test or cure him of a fever, which can only be viewed as another attempt to weaken his psychological will to obtain a false confession,” she stressed.

The views expressed in this statement are my own and do not necessarily reflect those of the State Department or the US government,” she added.

The publication notes that it is unusual for an active American diplomat to speak publicly in this way – this task is usually entrusted to senior State Department officials. In a conversation with reporters in mid-September, US Deputy Secretary of State Stephen Biegun called on the Belarusian authorities  to release all detained protesters and, in particular, said: “Vitaly Shkliarov should be released.” Secretary of State Mike Pompeo also mentioned Vitaly in a September 8 statement condemning the abduction of the Belarusian opposition leaders. But Pompeo and Biegun did not speak on this matter any more and did not elaborate on the taken efforts to free him.

On condition of anonymity, the American diplomats told the publication that some State Department officials expressed frustration over what they believed was the Secretary of State's lack of action in Vitaly's case. One diplomat called Pompeo and Biegun's public statements “trite.”

Let us remind you that the Belarusian authorities detained the well-known opposition politician Sergey Tikhanovsky, and later political consultant Vitaly Shkliarov. They are charged with organizing an illegal rally in support of the presidential candidate Svetlana Tikhanovskaya on May 29 in the city of Grodno. Shkliarov himself denies all charges against him and claims that his detention is the revenge of “Europe's last dictator” for publicly criticizing Lukashenko’s actions. The media call Shkliarov one of the most dangerous political figures for the Lukashenko’s regime.

On August 18, Shkliarov passed an open letter to the media in which he spoke about torture, psychological pressure and humiliation towards him and other people held in the Minsk remand prison.

Shkliarov worked on the 2016 US presidential campaign of Bernie Sanders. He also volunteered for President Obama’s 2012 re-election campaign. He is a citizen of the United States and Belarus.

Zelensky signs decree on measures to attract IT specialists from Belarus