Attempts to label and attack the source of information only confirm the revelation of the largest DemoCorruption scheme, says Ukrainian MP (independent) Andrii Derkach in his comments provided to Interfax-Ukraine on Monday regarding a recent statement by Director of the United States National Counterintelligence and Security Center William Evanina.

According to Derkach, manipulations around the published tapes testify to the great harm done to DemoCorruption.

"Attempts to put labels on me only confirm that we have uncovered the largest DemoCorruption scheme. If you pay attention to how primitive the American media, close to the Democratic Party, pulled the information from my report, you will understand that the facts I made public did severe harm to DemoCorruption. Really severe, judging by the reaction of the corrupt officials" said the MP.

Derkach emphasized that the DemoCorruptionists could not convince people that the recordings published by him with the voices of people which appear to be Poroshenko-Biden and Poroshenko-Putin are fake.

"Apparently, the recordings of Poroshenko-Biden and Poroshenko-Putin, published by me, no longer have the status of fabricated. They were posted by most of the world's reputable publications. They were not contested by examination. They were not refuted in court. And since the DemoCorruptionists failed to convince the citizens, neither of Ukraine nor the United States that the recordings were allegedly fake, they chose the strategy of attacking the source. This means we have stirred up the hornets' nest. The reaction of DemoCorruptionists shows how accurately we hit the target – Derkach said.

He stressed that the result of the investigation is crucial to him.

"We are not interested in Biden as a candidate for the US presidency and the following showdown between representatives of Republicans and Democrats in the US intelligence services. We are interested in Biden as a former US Vice President who covered up Poroshenko's corruption schemes while making money himself. All my statements dealt with corruption in Ukraine and international corruption, which harms the rights of our fellow citizens protected by the Laws and the Constitution of Ukraine. If someone from American politicians or civil servants cynically used the recordings I made public in their showdowns between parties, games of special services supporting one side or the other, then this is not a question I am responsible for, as well as the issue of interpretation and making conclusions from the recordings heard. We are interested in real steps to return to Ukraine $6 billion withdrawn from Ukraine through government bonds schemes during the reign of Yanukovych and at least $8 billion during the reign of Poroshenko. We must also stop the corruption scheme using the reverse of Russian gas under the guise of European supplies to Ukraine – because all citizens of Ukraine suffer from excessive extortionate tariffs" Derkach said.

Commenting on the interference in the US presidential elections, the MP noted that, according to the majority of Ukrainian experts and politicians, it really happened.

"In 2016, on the part of the former President of Ukraine Petro Poroshenko, the head of NABU created with the participation of the American Embassy, coordinated actions of diplomats of Ukraine and the United States at that time, with the participation of MP of Ukraine Serhiy Leshchenko. The goal was to discredit the campaign manager of the US presidential candidate Donald Trump – Paul Manafort by releasing unconfirmed information and falsified evidence into the press, which in turn was confirmed by the recordings of the conversation between Poroshenko and Biden on August 19, 2016 (where this is very well heard)" Derkach said.

He stressed that earlier there was no resonance for such statements due to the lack of support with documents.

"Earlier, when the media, and especially politicians, talked about economic and political corruption, accused someone, very rarely such facts were confirmed by documents, account entries, names of people involved, the revelation of corruption schemes, recordings. And the society did not fully perceive such accusations. But in our case, in our release at a press conference with supporting facts, it shook the whole country, criminal investigations began, the danger for corrupt officials became quite real" Derkach said.

The MP recalled the five stages of the Kübler-Ross model, according to which those experiencing negative changes in life go through a series of five emotions: denial, anger, bargaining, depression and acceptance.

"Grant eaters, Soros's allies and other members of the large DemoCorruption movement are now in the second stage. The stage of anger. Hence the labels "KGB", "RF" and other manifestations of anger as a result of powerlessness. There is not much time left before the criminal cases are solved. According to the Kübler-Ross model, there are three steps left before the prison for DemoCorruptionists: bargaining, depression and acceptance" Derkach said.

The most dangerous thing, in the opinion of the MP, is that DemoCorruption negatively affects the relations between two strategic partners – Ukraine and the USA.

"We really need bipartisan support from our strategic partner, the USA. The difference is that for us, it is crucial that such bipartisan support would not be provided by damaging the sovereignty of Ukraine and covering international corruption. The main purpose of our activity is pursuing the interests of Ukraine, exposing international corruption, maintaining partnership relations between strategic partners – Ukraine and the USA" Derkach summed up.

On August 7, the Director of the United States National Counterintelligence and Security Center Evanina said that with the help of the actions of MP of Ukraine Andrii Derkach, a process of discrediting the presidential candidate from the Democratic Party Joseph Biden was taking place. 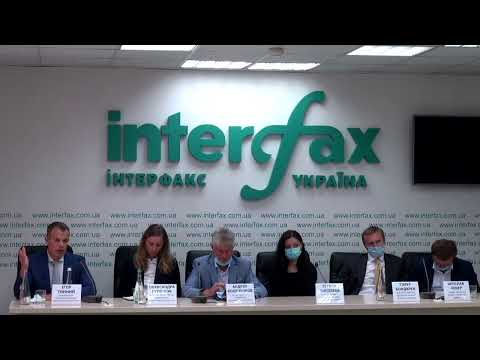 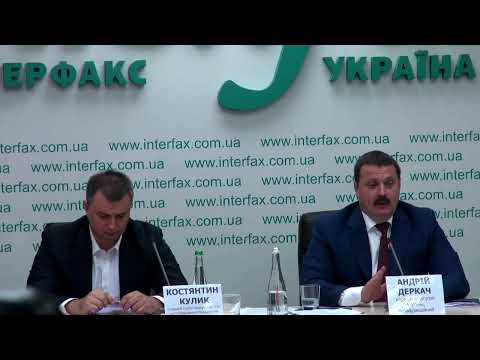