KYIV. April 28 (Interfax-Ukraine) – Prometey Group cannot understand the reason for the imposition by the National Security and Defense Council (NSDC) of sanctions against its member Prometey Swiss SA (Switzerland), and will defend its rights within the public framework, Chief Legal Officer of Prometey Group Roman Antonian has said during a press conference at Interfax-Ukraine.

He said that on April 3, President of Ukraine Volodymyr Zelensky signed a decree endorsed by the NSDC on the imposition of sanctions against individuals and legal entities associated with smuggling. According to him, this decision does not contain specific facts that became the basis for the imposition of sanctions against the subsidiary of the agricultural holding – Prometey Swiss SA.

Antonian said that Prometey Group does not understand and does not know what exactly the company, that is part of it, is accused of, and the same questions are asked by the company's partners, which ask it to clarify the situation.

Referring to Article 201 of the Criminal Code of Ukraine, he said that smuggling is the movement of goods across the customs border of Ukraine outside customs control or with hiding from it a number of items of goods, including weapons, poisonous substances, etc.

"It is hard to imagine that a grain trader which loads thousands of tonnes of grain and agricultural products can somehow bypass customs control or export goods outside customs control, this is basically unrealistic and absurd," Antonian said.

The representative of Prometey said that Prometey Swiss did not import goods into the territory of Ukraine. At the same time, the company did not receive a single request from the law enforcement agencies of Ukraine during its existence, neither it nor its officials were involved in criminal proceedings, there were no violations of foreign economic activity on its part either in Ukraine or abroad.

The Chief Legal Officer said that during the analysis of the sanctions list, a link was found that the director of Prometey Swiss is citizen of the Russian Federation Vasily Soldatov. Antonian said that when he was hired as a director of the company, Soldatov was considered a hired specialist and a permanent resident of Switzerland, since in accordance with the legislation of this country, one of the directors of the company must be its resident permanently residing in the country.

He said that Soldatov's powers were limited by the charter of Prometey Swiss, he is not a member of the supervisory board, does not have the right to vote in the constituent bodies of Prometey and is not the company's shareholder. The lawyer said that at the moment Soldatov has been removed from his duties at Prometey Swiss, and a new director will be appointed in his place.

"We were ready to provide these explanations to law enforcement agencies, which we wrote about in our appeals to them. Since we were not heard, we are forced to voice our position and defend our rights within the public framework, including holding briefings and press conferences," Antonian said.

Antonian said that the company appealed to the NSDC, the President and the Security Service of Ukraine (SBU) with requests to be provided with explanations about the reason for the sanctions, while the NSDC forwarded the appeals to the SBU, and the latter, in turn, replied that the decision on the sanctions was made by the NSDC on the basis of the SBU intelligence data. The agency told the company, referring to the law of Ukraine on intelligence, that it could not disclose this information.

The lawyer also said that the company cannot understand why the SBU, which powers include the fight against smuggling, did not expand the investigation to the entire group of companies and did not bring any charges or suspicions of smuggling, limiting itself to the targeted decisions on sanctions made by the NSDC.

He said that the sanctions imposed by the department apply only to the territory of Ukraine, while the Swiss Ministry of Economy confirmed the right of Prometey Swiss to continue working in a legal manner in other countries.

Antonian said that the company is already experiencing damage to its image from the imposition of sanctions, since partners are afraid to cooperate with it, so as not to fall under the sanctions.

"All this makes us try to reach out to the NSDC, the SBU and the President of Ukraine, we are open and ready for dialogue, we are ready to provide documents and explain our position," Antonian said.

Prometey provides services for the storage, processing and logistics of grain and leguminous crops on the basis of 29 elevators in Mykolaiv, Kirovohrad, Kyiv, Khmelnytsky, Zaporizhia, Sumy, Odesa, Kherson and Dnipropetrovsk regions. The total volume of granaries after the purchase at the beginning of 2021 of Yavkinsky elevator (Dobre village, Mykolaiv region) amounted to 1.66 million tonnes. 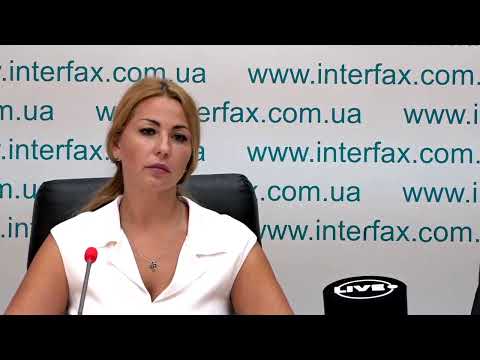