Launch of direct flights between Ukraine and Saudi Arabia: Flynas celebrated the appointment of its agent in Ukraine

The national air company of Saudi Arabia and the leading low-cost airline in the Middle East, Flynas, has celebrated the appointment of the Ukrainian-Arab Company as its agent in Ukraine.

The event took place on Wednesday, 2 June, in the presence of Flynas CEO Bandar bin Abdul Rahman Al-Muhanna, airline employees and representatives of the Ukrainian-Arab Company. 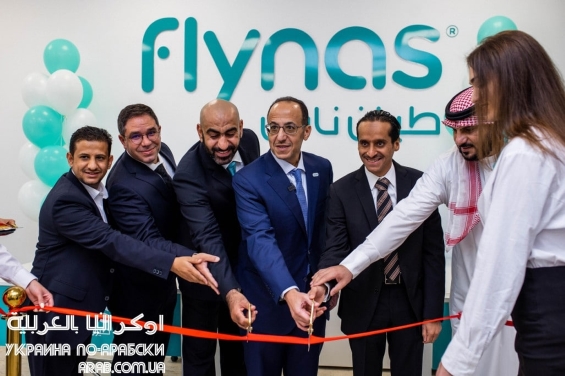 This stage is a continuation of the airline's strategy to open direct flights to Ukraine after the Ukrainian side canceled entry visas for Saudi Arabians.

The airline considers this event to be a new stage of expansion, since it is included in the plans to open new direct flights with various states, as well as with Ukraine. This step will help strengthen economic and tourism relations between the Kingdom of Saudi Arabia and Ukraine.

Importantly that following the strict quarantine Flynas has launched a number of new flight routes to improve its strategy by opening new routes ahead of the 2021 summer season.

Flynas continues to expand its fleet with a plan to purchase 120 A320neo aircraft for a total value of 32 billion Saudi riyals, of which 15 new aircraft have been received to date.

SkyUp launches flights from Kyiv to Brno from April 25

There is a boom in two-wheeled transport in Ukraine, who is to blame?