KYIV. July 7 (Interfax-Ukraine) – The majority of medical experts, who had fled abroad due to the Russian full-scale invasion of Ukraine, have come back and continue to work, practitioners and experts in the sphere of medicine said during a roundtable discussion hosted by the Interfax-Ukraine News Agency on Thursday.

"For the moment, 98% of personnel are in place. Some of them left for western Ukraine or abroad in the first months of the war, however, today almost all of them have come back and continue to work," Head of the Department of Cardiometabolic Diseases of the Clinic for Adults of the State Institution "Center for Pediatric Cardiology and Cardiac Surgery of the Ministry of Health of Ukraine," PhD in Medical Sciences Yevhen Marushko said. 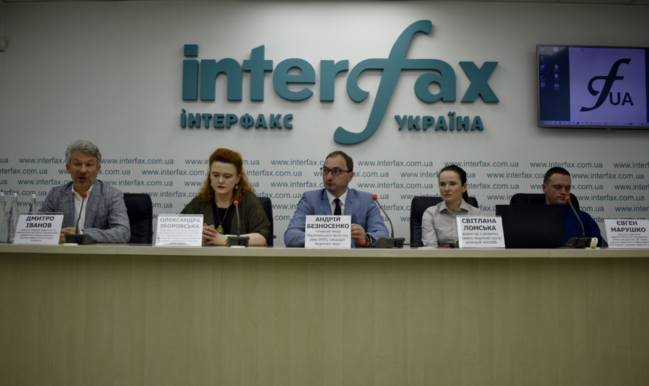 "Speaking about the personnel of the Filatov Institute, almost none of our employees left. Some 99% of our personnel stay here. There is a shortage of specialists in very specific profiles as there are few of them all over the country. If specialists, whom we already lack, leave, this has a negative impact on the level of medical assistance," ophthalmologist of the highest category, head of the department of inflammatory pathologies of the eye and microsurgical treatment of their consequences at state institution "Filatov Institute of Eye Diseases and Tissue Therapy of the National Academy of Medical Sciences of Ukraine" Oleksandra Zborovska said.

In turn, Business Development Director of ADONIS medical group of companies Svitlana Lonska said that the majority of the personnel of private medical institutions have returned, while those who are abroad also plan to come back soon.

Despite the fact that a maternity hospital was destroyed during large-scale military operations in Kyiv region, the doctors did not suspend their work and had to deliver babies under emergency conditions, she stressed.

At the same time, Head of the Department of Nephrology and Renal Replacement Therapy of the National University of Health Protection, owner of the Nephrology Clinic, Professor Dmytro Ivanov noted that the doctors and senior staff, who have returned to Ukraine, thus proved the level of their reliability.

"In the first two months we lost more than 60% of doctors and around 75% nurses in Kyiv in the first two months. Almost no medical personnel remained in the districts of Ukraine where military operations were conducted. Around 90% of medical staff have returned as of today. I think this could be considered a criteria of reliability of doctors and senior staff, for example, heads of departments and chief doctors," Ivanov said.

Chief Physician of the National Cancer Institute, PhD in Medical Sciences Andriy Beznosenko said that the patient flow significantly reduced at the National Center Institute in the first month of the war.

The expert also noted that the specialists of the National Cancer Institute do the utmost to monitor the situation with the oncology centers in the temporarily occupied territories.

"Today, Kherson, Melitopol, Mariupol oncology centers and the one in Krasnyi Luch are under occupation. They lack personnel and there are patients there. But there are no medicines for treatment and we are unable to deliver them," Beznosenko said.