The American Chamber of Commerce in Ukraine (the AmCham) is concerned about the biased and unfair treatment of foreign investors in Ukraine, which may lead to the consideration of the dispute in the framework of international arbitration.

"The Chamber member companies, international manufacturers, that have created thousands of jobs and make a significant contribution to the State Budget, consider unreasonable the imposition by the Antimonopoly Committee of Ukraine (the AMCU) of fines for allegedly anti-competitive concerted actions of international companies (the AMCU decision No.697-r dated 10.10.2019) on international companies British American Tobacco Ukraine / B.A.T. - Prylucky Tobacco Company, JTI Ukraine, Imperial Tobacco Ukraine, Philip Morris Ukraine, and their distribution affiliated companies," a statement by American Chamber of Commerce posted on its website on Thursday says.

Currently, the Chamber member companies are appealing this decision in the court. The Chamber emphasizes on the necessity of transparent and fair consideration of the disputes, as the companies are concerned that they did not have full access to the evidence on which the AMCU based their allegations, and that during the trial hearing insufficient attention was given to the arguments of the companies' representatives.

At the same time, according to companies, Ukraine does not initiate negotiations to resolve this issue, and the state authorities do not take measures in accordance with the law after receiving a claim from a foreign investor.

In the absence of a prompt solution to this issue through negotiations with Ukraine's state authorities, these disputes will be considered by international bodies for resolving investment disputes, and the party to the dispute will no longer be the AMCU, but Ukraine, the message reads.

"Such resonant disputes usually gain international publicity and can have an extremely negative impact on Ukraine’s image among foreign investors," American Chamber of Commerce explained.

The American Chamber of Commerce in Ukraine urges Ukraine's Government to respond appropriately to the notice of the investment dispute with the state of Ukraine initiated by international investors from the USA, Great Britain, Switzerland and the Netherlands regarding the AMCU decision and to impartially consider the issue in compliance with Ukrainian legislation and international agreements.

"A quick, transparent, and fair resolution of the situation will help to maintain business relations between strategic investors and the state, not to damage Ukraine’s image and investment climate, and avoid losses to the state budget," it said.

As reported, the AMC (Antimonopoly Committee of Ukraine) imposed a fine of UAH 6.5 billion for anti-competitive concerted actions on four cigarette manufacturers and Tedis Ukraine distributor. 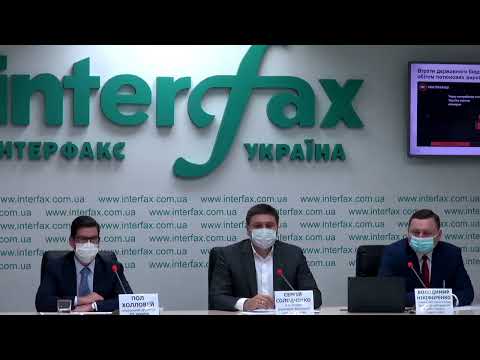