KYIV. July 21 (Interfax-Ukraine) – The political parties Servant of the People, Opposition Platform - For Life, European Solidarity and Batkivschyna would overcome the five percent barrier if elections to the Verkhovna Rada were held on Sunday, according to the results of a survey conducted by the NGO Kyiv Institute of Sociology of Civil Society from July 15 to July 19, 2021.
According to the poll, which was presented at the Interfax-Ukraine agency on Wednesday by chairman of Kyiv Institute of Sociology of Civil Society, MP Oleksandr Kovtunenko, among those who will vote and have made their choice, 23.1% are ready to support the Servant of the People party, 17.5% - Opposition Platform - For Life, 15.4% - European Solidarity, and 11.8% - Batkivschyna.
At the same time, there are still chances of getting into parliament for the political force of Strength and Honor, which would receive the support of 4.9% of Ukrainians, Oleh Liashko's Radical Party (4.1%) and Groysman's Ukrainian Strategy (3.8%).
Civic Position would have won 2.8% of the votes cast, Shariy Party - 2.1%, Holos - 1.5%, Svoboda - 1.2%, Opposition Bloc and National Corps - 0.8% each, For Maybutnie group (For the Future) - 0.3%, People's Front and Samopomich - 0.1% each. Two percent of respondents would vote for another party, and 7.7% of respondents would spoil the ballot or cross out all candidates.
The poll was conducted by Kyiv Institute of Sociology of Civil Society, commissioned by the American company West Market Industrial LLC (U.S.). Some 3,000 respondents were interviewed using the CATI method (computer-assisted telephone interview). The audience is the population over the age of 18, living in all regions of Ukraine, except for the temporarily uncontrolled territories of Donetsk and Luhansk regions and Crimea. The error in the representativeness of the study does not exceed 2.8%. 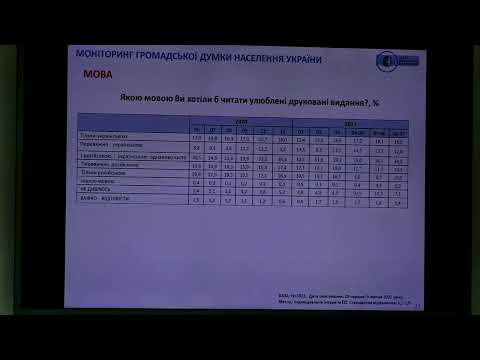 67% of Ukrainians define themselves as believers, but only 10% of them are members of religious communities – study