On October 11, the Central House of Officers of the Armed Forces of Ukraine hosted the anniversary gala concert accompanied by the National Presidential Orchestra ‘We, Ukrainians are children of dreams and freedom’. 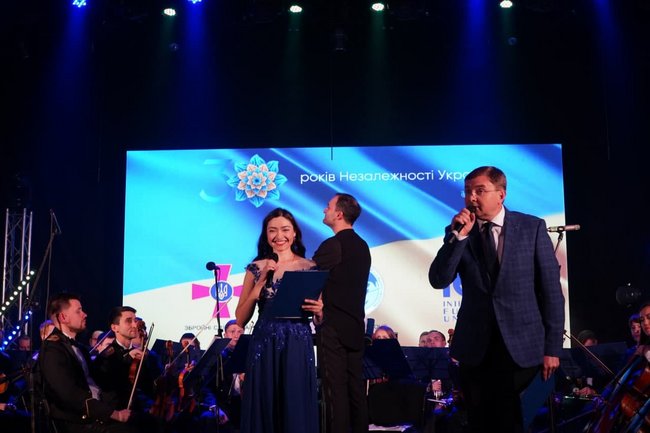 The concert was dedicated to three anniversaries: the 30th anniversary of Ukraine’s Independence, the Armed Forces of Ukraine and the National Presidential Orchestra. Dozens of Ukrainian MPs, including Anatolii Tolstoukhov, the head of the Council of International European University Development, put lyrics to music at the concert.

Besides, this event was the idea of Mr. Tolstoukhov.

“The Ukrainian Parliament is known not from all sides. MPs of the first convocation included a lot of prominent, talented creators and artists, thus I came up with the idea to bring together their efforts in the form of gala concert,” Anatolii Tolstoukhov stressed. 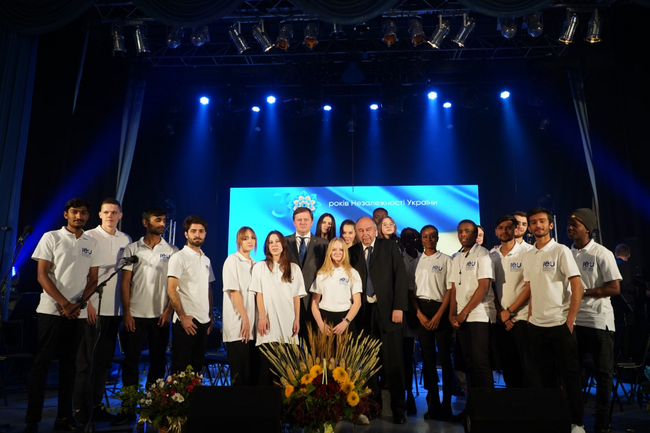 The festive mood was driven by a comprehensive patriotic concert program prepared by the organizers.

One of the organizers, Albert Saltykov, Honored Artist of Ukraine and the Head of the International Fund for Rehabilitation of Children of Killed and Deceased Officers, talked about the concept and arrangement of the event.

“This concert took plenty of efforts and desires. I’m proud to say that it’s Ukraine’s first event gathering together all national artists who are former MPs.” 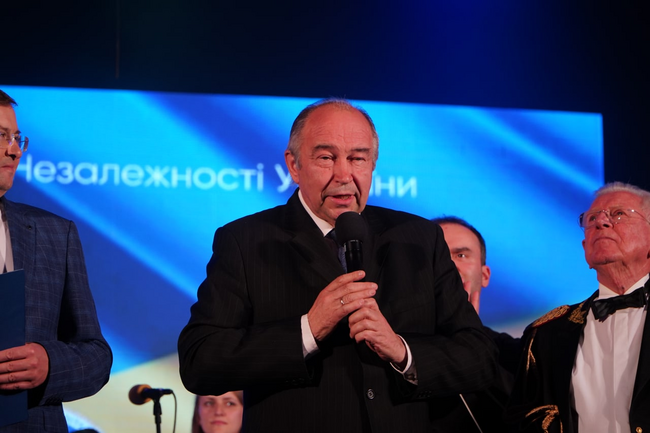 “These people have now an opportunity to express their attitude to this state by their creativity, poetry and songs. Today, we have shown respect to the Presidential Orchestra appearing alongside with the Armed Forces of Ukraine,” Petro Maha, the announcer of the concert, a Ukrainian actor, song-writer, TV journalist, scriptwriter, stage director of public events; art director of Personalities Kyiv Theater, one of the presenters of the Shuster LIVE political show.

However, the greatest surprise of the festive event was the final song by Anatolii Tolstoukhov and the majestic entrance of International European University students with baskets of natural flowers as a gift to: the 30th anniversary of Ukraine’s Independence, the Armed Forces of Ukraine and the National Presidential Orchestra.