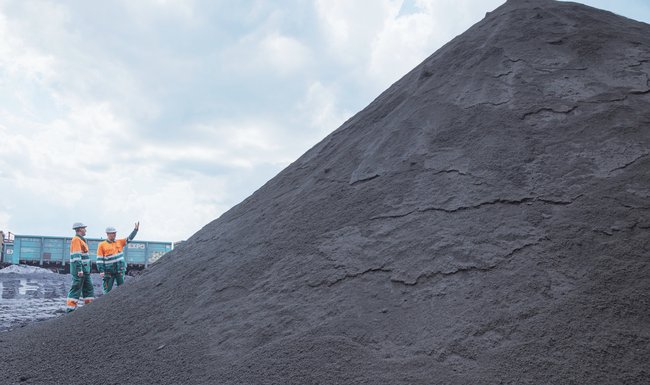 The concentrate is processed into pellets, the end product of Ferrexpo, at the pelletizing shop of Poltava Mining. The Company’s investments in the production modernization are ongoing and in line with the best international practices. Since the end of the 90s, more than ten major projects have been implemented at Poltava Mining, each project received over USD 50 million investment. In particular, Section No. 9 of the  Crushing and Concentrating Plant, a new technological complex for finished products, was launched in 2020. The Company has invested over USD 100 million in it.
Over the past 20 years, the investments of Ferrexpo, its major shareholder Kostyantin Zhevago, and other investors who had purchased the Company’s shares listed on the London Stock Exchange have contributed to the Company’s development and amounted to more than USD 3 billion.

Notes to Editors:
Ferrexpo is a Swiss headquartered iron ore company with assets in Ukraine. It has been mining, processing and selling high quality iron ore pellets to the global steel industry for over 40 years. In 2019, the Group produced 10.5 million tonnes of pellets ranking it as the 3rd largest exporter of pellets to the global steel industry with a market share of approximately 8%. Ferrexpo has a diversified customer base supplying steel mills in Austria, Germany, Japan, South Korea, Taiwan, China, Slovakia, the Czech Republic, Turkey, Vietnam and America. Ferrexpo has a premium listing on the main market of the London Stock Exchange under the ticker FXPO. For further information, please visit www.ferrexpo.com